ACCI attributes its continued growth to our highly qualified and enthusiastic staff. Attention to the smallest details enables them to meet ACCI’s commitment to bring the client’s vision to reality on time and under budget.

Our objective is to meet or surpass the highest standards in the industry with the utmost integrity. Our dependable and safety conscious staff strives to meet every deadline—not some days but every day.

Our 125 team members share more than 900 years of experience in the industry, and several have logged more than 20 years with our company. Our reputation for excellence has been built through the years by our knowledgeable staff, one project at a time.

We’ve completed more than 925 projects since 1985 with budgets ranging from $5,000 to $25,000,000. Our proven track record is evidenced by our long list of repeat customers who appreciate our commitment to get the job done right.

Lon C. Alexander, Jr., joined the company in 1963 after graduating from Georgia Tech and serving six years in the military. The company’s name was changed to L.C. Alexander and Son Grading & Paving Co. The duties of all employees were – “You Do It All”.

Alexander Contracting Co., Inc. was born May 1965 with Lon C. Alexander, Jr as President. Employment had grown to approximately twenty employees and the equipment consisted of seven tractors and five trucks. This small firm would tackle all types of site work construction except DOT and Federal projects.

Lon C. Alexander, III joined the company in 1982 full time and became its President in 2001. In the early 1990’s, ACCI began performing work for all types of municipalities including the Georgia and Alabama DOT, US Army Corps of Engineers, and various city governments. The company has now grown to over 100 employees with a fleet of over 100 pieces of yellow iron.

ACCI attributes its continued growth to its highly qualified and enthusiastic staff whose ability to pay attention to the smallest of details enables them to meet its commitment of bringing the clients vision to reality on time and under budget. 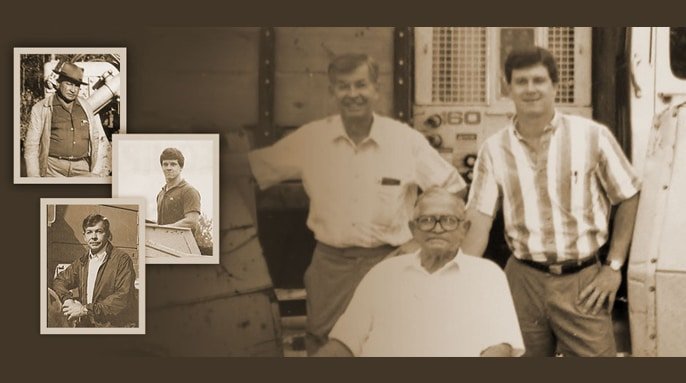 When you hire ACCI, you partner with experts who have dedicated their careers to construction.

ACCI employs the best people for the best possible outcome on our projects. If you want to learn more or are interested in joining our team, click the button below!

ACCI brings decades of experience to every project, driven by unwavering integrity, stellar customer service, and a commitment to get the job done right the first time, every time.

Subscribe to get invaluable information, project updates, and ACCI news.

ACCI brings decades of experience to every project, driven by unwavering integrity, stellar customer service, and a commitment to get the job done right the first time, every time.

Subscribe to get invaluable information, project updates, and ACCI news.